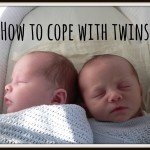 I've written many posts about twins, including the excitement of finding out I was expecting twins  and life hacks for parents of twins. But one of the main things people seem to ask me over and over again is this: "How did you cope with twins?" This question usually comes from someone expecting twins, or someone who has a singleton and wonders what it must be like to have two squishy babies needing your attention.The honest answer is this: you just cope and get on with it. There is no END_OF_DOCUMENT_TOKEN_TO_BE_REPLACED 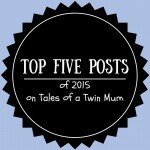 I love looking over my analytics because, let's face it, I'm a total web nerd. At the end of the year it's a great exercise to look back over my blog content to see which posts have been the most popular. Drum roll... END_OF_DOCUMENT_TOKEN_TO_BE_REPLACED

I hope you've all had a wonderful Christmas. We did apart from the kids taking turns to come down with severe tonsillitis, plus hubby working nights for the whole time. It feels great to have spent it in our new home though with (mostly) lots of sunshine.The last twelve months have been pretty insane. This time last year we were settling down for our first Christmas in Brisbane. Our container had just arrived, and we were still busy unpacking. I was a mum to three pre-schoolers (as the END_OF_DOCUMENT_TOKEN_TO_BE_REPLACED 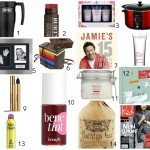 In honour of my upcoming book, Don't Panic! A Practical Guide to Twins, Triplets & More, I've compiled a gift guide for new mums. This is what other mums told me they wished they'd been given after having their babies.The list works for mums with one baby but I'd definitely suggest for twin mums you double the amount of gin/lip gloss/hand cream that you buy for them (triplet mums will need treble) as it's only fair :-) Don't waste your money on flowers or tired boxes of chocolates - END_OF_DOCUMENT_TOKEN_TO_BE_REPLACED 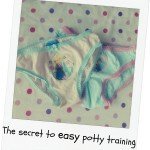 I've mentioned our attempts to potty train E on Facebook quite a few times.She's been pretty switched on with the whole thing since she turned two, but with the huge move across the world we decided to wait a while before attempting it. They say to avoid potty training when you're having an upheaval - well in the space of 12 months she moved out of her home, spent two weeks with one set of grandparents, two weeks with her other set of grandparents, four weeks in a holiday home in Australia, END_OF_DOCUMENT_TOKEN_TO_BE_REPLACED