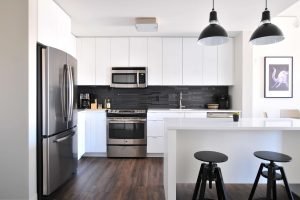 Searching for dream homes in Australia

If you’re a regular follower of my blog, you’ll know that my family and I relocated to Brisbane from Hampshire in the UK back in 2014. A few months after we arrived, we bought our first home in Australia. 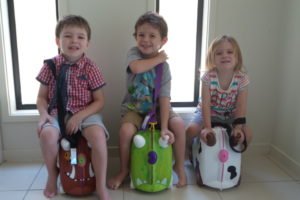 Seeing as I’ve just launched my new migration website, Smart Steps to Australia, I’m reminiscing about the experience of moving to Australia from the UK. Can you believe we’ve lived here for almost two years already?! At the time it all felt like a huge challenge. Taking three kids away from their grandparents. Saying goodbye […] 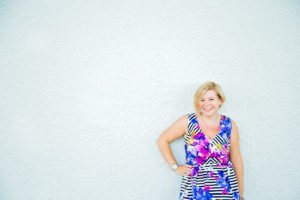 I’ve been a little bit quiet on here and social media for the last few weeks. I can finally show you the reason why: Smart Steps to Australia has now launched! 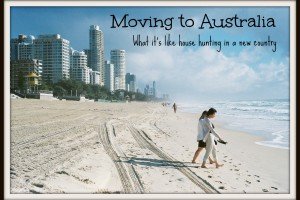 Moving to Australia was the scariest thing I’ve ever done. It’s also something that I look back on with a huge sense of achievement – we felt the fear and did it anyway – and now we’re living a life we love. 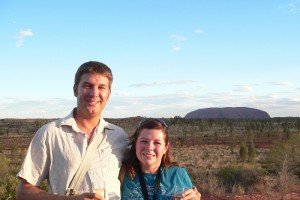 Now the launch of Don’t Panic! A Practical Guide to Twins, Triplets and More is well underway (I’m getting some awesome feedback on it by the way!), it’s time for me to concentrate on my new business. Smart Steps to Australia came to life at the end of last year when I was awarded a Queensland home-based […] 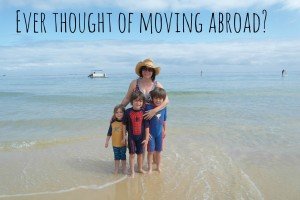 Have you ever thought about moving abroad? #Myexpatfamily

As this month we’re celebrating our first whole year in Australia, I’m turning my attention to some freelance writing projects about the subject of emigration. I thought I’d use this post to ask you a question: have you ever thought about moving abroad? Whether to move as a family, work abroad as a couple, travel […] 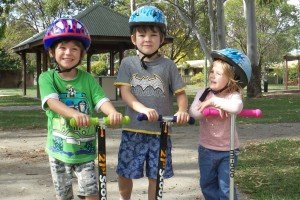 Our first year in Australia!

Can you believe at the end of this month we’ve completed our first year in Australia? It feels like we’ve been here for way longer, yet it also feels like yesterday we said tearful goodbyes to our family and friends back in the UK. It has been the busiest 52 weeks EVER. The first three […] 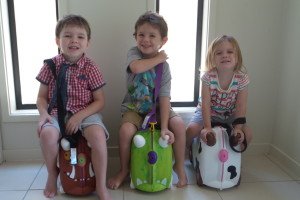 Travel with kids: How to survive long haul travel with three under five (including twins!)

The last time I travelled long haul, I found it really boring. I watched more movies than I thought possible and attempted to doze a few times. I read a book, drank wine, chatted to Husband and picked at the awful airline food. I obviously didn’t have children at the time. Fast forward five […] 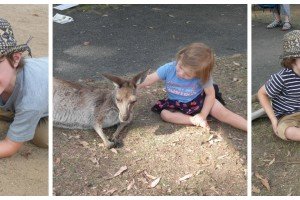 Following on from part one of my emigration to do list (which covered everything we did before we left to UK for our new life in Australia), here is part two, which is an emigration checklist of all the things you need to do when you arrive in Australia. We were clearly deluded into thinking the hard […] 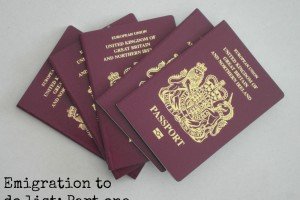 Sorry for another long silence. I can’t believe how busy we’ve been since arriving in Australia six weeks ago. I’m really hoping that things calm down in the next couple of weeks as I’m totally exhausted. I’ve got a few more family emigration blog posts to get out of my system before I get back […] 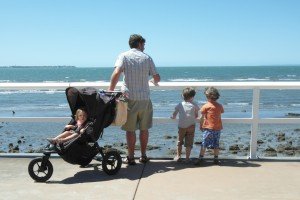 When we first started talking about moving to Australia, our boys were excited. They wanted to feed kangaroos, cuddle koalas and go whale watching. The adventure of a new home sounded fabulous to them… when it was just talk. The month before we left the UK, T2’s attitude changed. Someone at one of our leaving parties mentioned […] 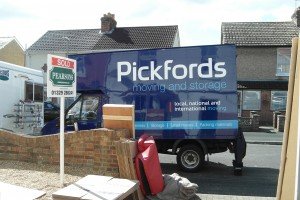 The last three months have been the busiest of my life. One of the most challenging parts of moving to Brisbane was shipping our belongings abroad. Everyone seemed to think that because we had shippers coming to pack our things, it was going to be easy for us. How wrong they were! If you’re thinking of […] 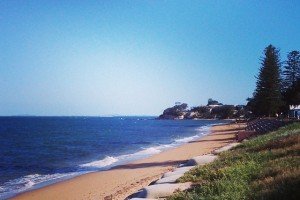 We moved to Brisbane!

I can’t quiet believe we did it! After over a year of talking about it, we finally moved to Brisbane.   We arrived into Brisbane International Airport late on Thursday night, after being up for about 30 hours. We flew as direct as possible, with just a two-hour changeover in Singapore. The boys were absolute angels […] 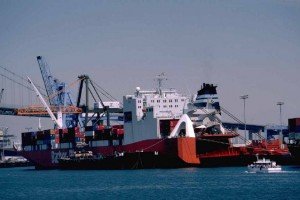 So, this is it! Finally, our house sale is going to complete on 22nd August and we’re about to book our flights to Australia for mid September. We debated about trying to go before E turns two in early September, but decided it would be worth the cost to get her a seat. 24hrs is a long […] 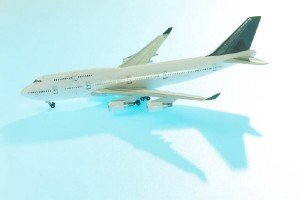 Should kids be allowed on planes?

I keep hearing discussions that there should be child-free flights for people who don’t want to be bothered by kids kicking the back of their seat. There’s a much better idea though… I read this article recently about Richard Branson’s idea to create a separate cabin for kids on Virgin Atlantic flights, where children would travel separate […] 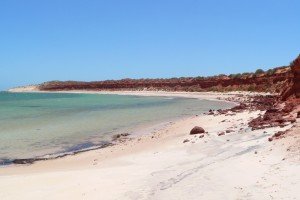 Emigration update – when do we go?

People keep asking me for an emigration update, so I though I’d write a post to tell you where we’re at. We accepted an offer on our house back in May and the sale is slowly moving ahead. I’m hoping to have an exchange date in the next week as I think (hope) everything else is in place *touches […] 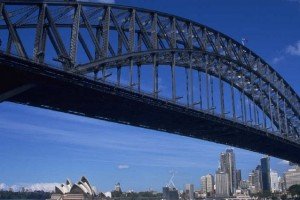 Top five reasons to emigrate: Why we’re moving to Australia

I’ve written a special top five list, in honour of my new monthly column in Australia and New Zealand magazine. My top five reasons to emigrate to Australia There are lots of reasons we decided to make the move, but these are our main ones: 1) Weather I HATE the cold. I know some people love […] 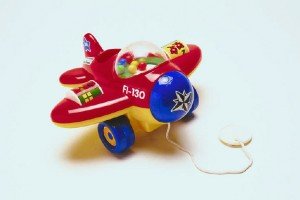 How will I survive long haul travel with pre-school twins and a toddler?!

As regular readers will know, later this year we’re going to be making the move from the UK to Australia. This means long haul travel with twins who will be four and a baby just coming up to two. I’m pretty terrified, mostly because my boys can be terrors when they want to be. When they […] 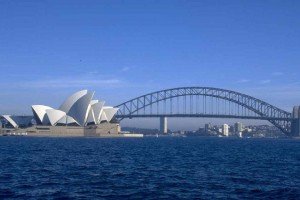 Thinking of emigrating? Read my new column in Australia and New Zealand magazine!

I’m so excited to announce that I’m writing a regular column for the fabulous Australia and New Zealand magazine! I’ve been an avid reader of the mag for many years, and have been lucky enough to write for them about our grown up gap year travels in Australia. My new monthly column will be about family […] 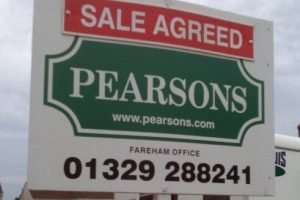 Inexpensive tips and tricks to sell your home

We did it! After months of hard work renovating our house ready to get it on the market, it was launched with a local estate agent a couple of weeks ago. The third people to view the property (just four days after it hit the market) put in an offer for the full asking price. They […] 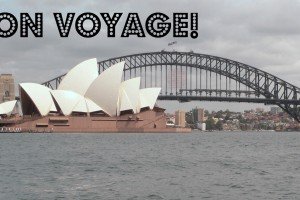 Our skilled independent visa for Australia has been granted!

We’ve just had some fabulous news… Our skilled independent visa has been approved, which means we can move to Australia as soon as we like! 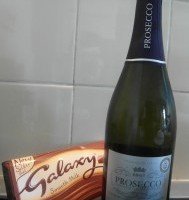 Emigration update: We have a case officer!

This is how we’ll be spending our evening… 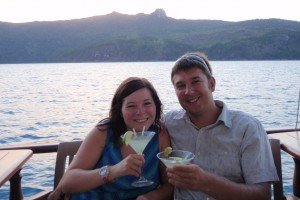 Why we’re emigrating: A letter to my children

Dear kids, I thought I should write to explain why we’re taking you to the other side of the world. I know you’re looking forward to escaping this rain and seeing the dazzling-white beaches we’ve shown you in the pictures, but I know you don’t really understand what it all means yet. To be honest, many […]

We’ve received an invitation to apply for our Australian visa!

We’ve received an invitation to apply for our Australian visa, at last! 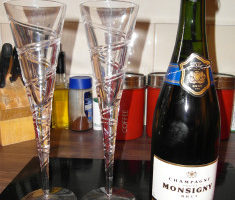 Migrating to Australia: One step closer!

Just a quick update… As some of you will have seen from my Facebook and Twitter, yesterday we received the fantastic news that the skills authority have accepted our application for Husband to be classed as an electrical technician! 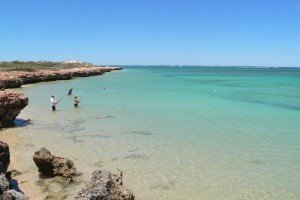 Quite a few people have asked me how our plans to emigrate are coming along. Well, it’s a very, very slow process and there isn’t a huge amount to tell you. We’re moving forward but there’s a lot of waiting between each stage. As each phase of paperwork gets submitted we’re preparing the paperwork for the next […] 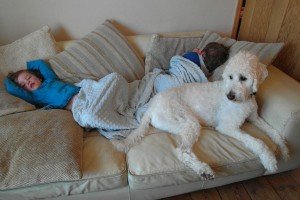 What to do with your pet when you move to Australia

I’m pleased to see the back of last week. It was a long slog but we made it. As you saw in my last post, the kids all came down with chicken pox last Monday. By Wednesday they were all smothered in painful blisters. Nobody was sleeping at night (that includes me) and there were […] 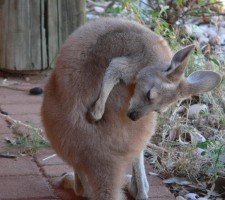 Regular readers and Twitter followers will know that my family and I had arrived at a crossroads a couple of months ago. We were debating whether to relocate in the UK or follow a dream that had been with us for the past four years and emigrate from the UK to Australia. It was a really difficult […] 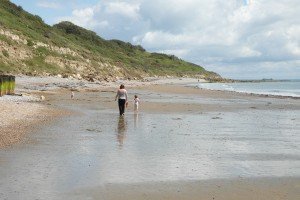 Should we stay or should we go? To relocate in the UK or move to Australia

I’m in a huge dilemma at the moment about where to live. We seem to have narrowed it down to three options, but none of them are easy: move to … the Isle of Wight… Cornwall … or Australia!

More Posts about our Oz Adventure